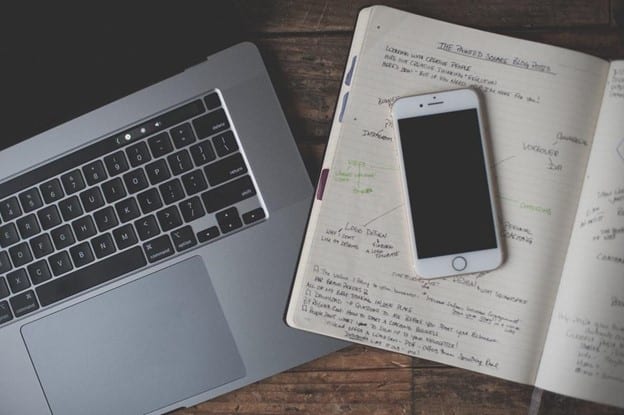 Companies with a rigid work structure and inflexible corporate hierarchy used to be not only the norm but entirely ubiquitous across industries and countries. But eventually, businesses began to change, but the change was extremely slow at first. The first documented deviation from the traditional organizational structure and work arrangement was a German aerospace manufacturer Messerschmitt-Bolkow-Blohm that introduced the idea of “flextime” in 1967 to combat traffic, tardiness, and absenteeism. The same year this concept spread to an HP manufacturing plant also located in Germany where they introduced their own flexible scheduling where employees could work the 40 hours per week in four 10-hour days, rather than five 8-hour days. It continued to spread throughout Europe, while in the United States, stricter regulations and labor unions prevented a deviation from the 8-hour workday.

While concepts like horizontal organizational structure were still a way off in the 1970s, the idea of telecommuting was introduced by Jack Nilles, which one could say is the father of teleworking and telecommuting. This is because he was perhaps the first to research the subject and in fact coined both terms telecommuting, and teleworking and wrote the cardinal work on the subject, The Telecommunications-Transportation Tradeoff.

Nowadays, companies around the world are trying to incorporate more flexible working arrangements that suit both the employee and the employer. It seems that nearly 50 years on is when Jack Nilles ideas are entering the mainstream. And the feedback from various companies and employees (and forced office closures) has shown that not only does flexible remote working or telecommuting have a positive impact on transportation-related externalities, but also a positive impact on employee happiness and overall productivity. And while the hybrid work model increases productivity, it can be improved further.

It’s perhaps of little surprise that most employees prefer a hybrid work model. While the exact degree to which they prefer it can vary drastically from company to company, most companies that have surveyed their employees have found that more than 50% of workers prefer a hybrid model. A report from Accenture of over 9,000 employees found that 83% of them believe that a hybrid work model is optimal. And in another firm, Gravity Payments, the notorious CEO Dan Price posted on his LinkedIn that he asked his employees where they want to work and only 7% wanted to return to full-time office work, whereas 31% wanted a home/office hybrid, and 60% wanted full-time remote work. This demonstrates the level of support that at least some remote working has.

Regarding productivity, the data is still limited to some extent, but the productivity of employees and an organization as a whole that utilizes a hybrid work model may depend on the amount of time they have used this model. 2020 has given some researchers the opportunity to understand this better. McKinsey Consulting conducted a survey in May 2020 and found that in nine months of remote working experience, more employers were seeing somewhat better productivity from their remote workers.

One can infer from the results of the two surveys that with proper implementation and allowing some time for an organization to get used to a hybrid model, productivity can increase. Employees are more adaptable than previously imagined, if organizations are also adaptable, they can reap the rewards.

We can also look at the impact that a hybrid work model has on an organization from a different angle, from a more macro perspective. The Accenture survey previously mentioned, found that “63% of high-growth organizations have enabled productivity anywhere workforce models”. That is, a significant majority of successful organizations have put general productivity over where their employees work. On the other hand, they found that “69% of negative or no-growth companies are still focused on where people are going to physically work”. Meaning that an even higher majority of poorly performing organizations put higher stress on the work environment. 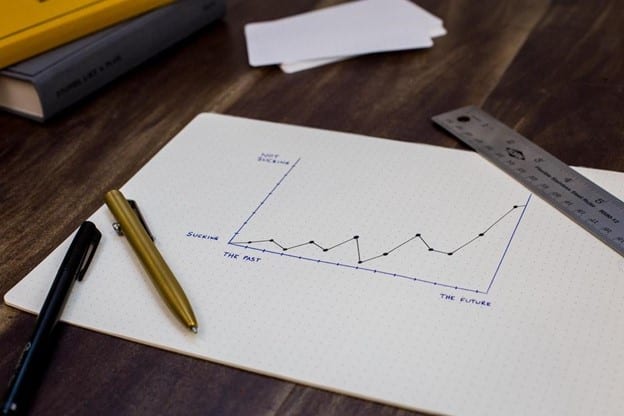 Implement New Ways of Thinking to Guide Your Flexible Workplace

To harness the power of the individual worker, the organization needs to implement a system that allows them to flourish. Simply telling them to work from home without the proper tools or framework in place will likely lead to undesirable results including but not limited to reduced productivity, increased stress, and lower quality of work. So, to do this, an organization should implement proper tools as well as new ways of thinking to guide the flexible workplace.

One of the problems that arise with any sort of remote working model – particularly when it comes to companies first making the switch to a hybrid or remote model – is excess communication. This happens when team members or the team leader/manager don’t have trust in their peers. So, excess communication and micromanaging can often happen. Thus, leading to decreased productivity and increased stress, and higher potential for burnout. So, it’s vital that when an organization reimagines its work model, they also allow for increased trust. While how this is done exactly can depend on each organization. Microsoft, for example, is shifting towards a results-based work structure. Where it’s not so much the hours put in, but rather the end results. Doing this shows trust from the managerial side and allows the employee to work independently and productively.

While communication overload can hinder productivity, an organization should still aim to nurture an environment where healthy and productive communication can occur. Often times collaboration and interpersonal connectivity can provide for this not a barrage of status messages. It’s important to discern between healthy and unhealthy forms of communication.

This is also a benefit of the hybrid work model compared to its fully remote counterpart. By mixing both remote work and the in-person experience, you can bring back the true interpersonal connectivity that can be difficult to achieve in a decentralized workspace. 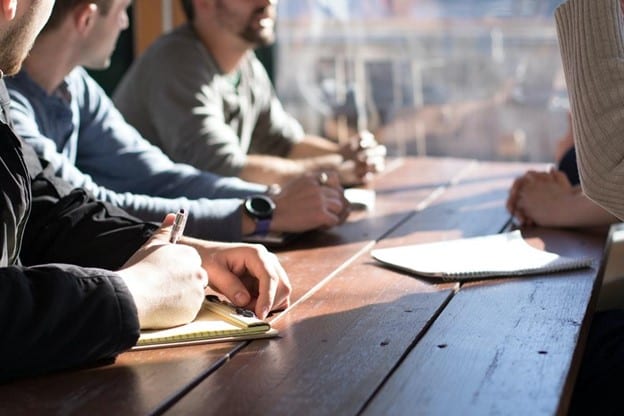 It’s not very surprising that organizations that are more digitally fluent also have higher revenue growth and are considered to have a better working environment. An organization can help its members become more digitally fluent – especially if they are considering the shift to a hybrid model – by designing and implementing learning paths tailored for each workforce segment. This may be difficult for an organization, particularly for one with fewer digital natives, but investing in the proper education of its employees can help to reduce the struggles of a hybrid model and to maximize the potential of each employee.

The resources that a firm provides should be in both services as well as physical tools. The tools a company should include are: access to high-speed internet, a proper home office, and any other department-specific or industry-specific tool one may need. Of these, the high-speed internet connection is perhaps the most important but one of the most often overlooked. In a Stanford University study, they found that only 65% of Americans reported having sufficiently fast internet to support video calls. Meaning that 35%, over a third of the respondents – have either no internet at all or such poor internet it prohibits telecommuting. So, it’s important that this is taken into consideration and any problems are resolved. This can include the organization paying for higher home internet speeds as well as a stipend for setting up a home office. Both of these suggestions can lead to better work outcomes and demonstrate a high level of support from the business as well.

The other resource aspect to be considered is the service side. This means that remote or hybrid workers should still have the same access to the resources of in-person employees. This can include technical support, human resources, as well as a way to provide feedback and provide insights. 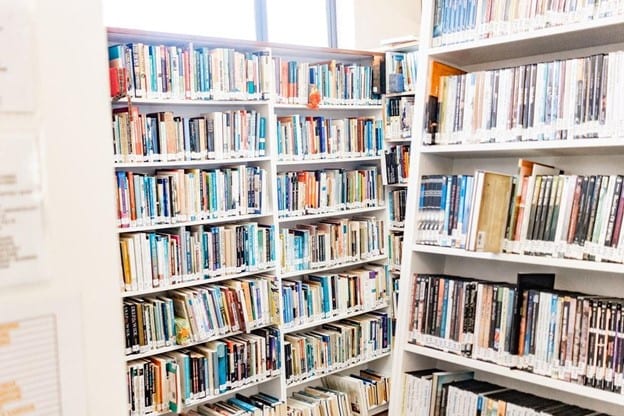 5 Steps to Improve Productivity in A Hybrid Work Model

In addition to a paradigm shift in the way an organization behaves and the tools it can provide its employees, there are other ways to improve productivity in a hybrid work model. This is derived from a type of lean management, specifically, the 5S methodology which was developed in Japan as a key component of Just in Time manufacturing. This workplace organization method describes how to organize a workspace for efficiency and effectiveness and can be easily scaled to a hybrid model. It can help team members get rid of the clutter and wasted time and focus on what matters most.

In a hybrid model, you’ll have two desks as you work both in the office and from home. So, it’s important to streamline your workspace and eliminate redundancies and extra clutter. It’s easy to have two of everything, but by doing this you may easily misplace something by confusing its place at home for the one in the office.

You should first separate what you need from what you don’t need. If you didn’t use something the previous year, it’s likely you won’t ever use it. This is the same for the “just in case” items that you never use. For what you use frequently, keep it in a handy place. For what you will need later, store it. Also, delineate a process to sort documents and files that work for you having multiple workstations. 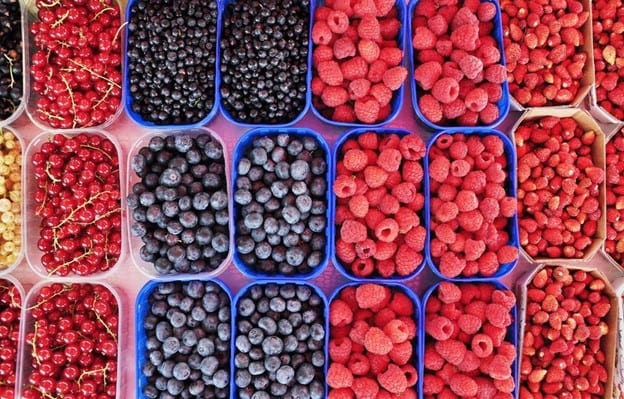 After you have reduced the number of items in your workstations, review what you decided to keep and determine when and where you will need them. This should be aligned with your sorting process. Will you need it at home? Will you need it at the office? Or both? If so, this is an instance that you may want to have duplicates to prevent having to carry too much back and forth between the workstations.

The alignment between sorting and storing should match with the tasks you’ll likely be doing in each place. Keep the tools and documents necessary at the respective desk. Each item should have a “home” in each of the desks as well.

Maintain a clean, tidy, and organized workspace and meeting area at all times. This goes for both digital and physical spaces. In the digital realm, as computers are the backbone of nearly all work done these days, it’s vital to keep your machine operating efficiently. Keep your system updated and maintained, ensuring that all the software runs effectively and quickly. Also, keep an organized file structure on your PC, just as you would (hopefully) in real life. And of course, keep your workspace physically clean to allow for a better state of mind.

Implement your own or team-wide standardization of procedures. This can include mapping out different workflows for each office. Or it can include virtual or face-to-face meeting procedures. Standardizing such things can help to streamline processes and increase productivity. 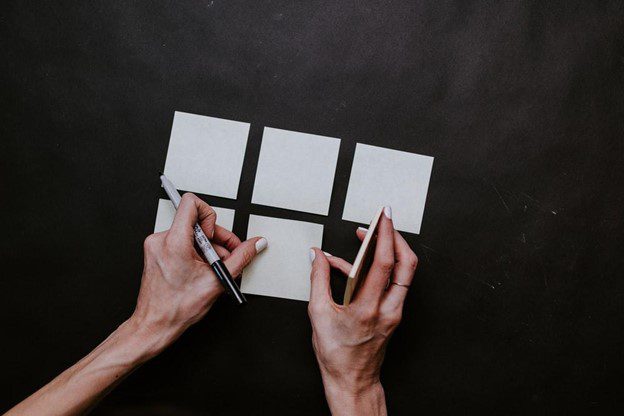 After you have organized your workstations, maintained their tidiness, and standardized procedures, all you need to do is respect the rules and standards that you have put into place. 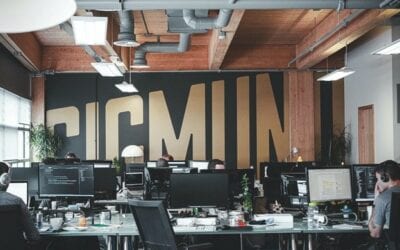 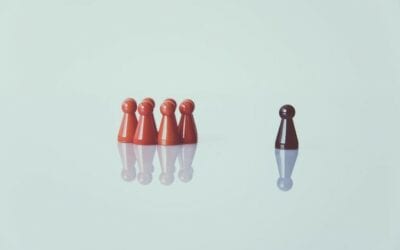 12 Companies That Allow Their Employees to Work from Home Permanently 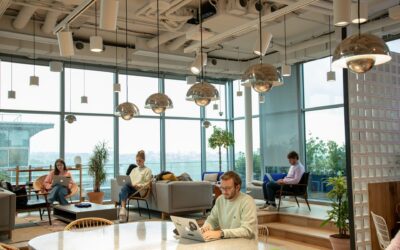 The Ultimate Checklist before Accepting A Job In A Hybrid Workplace 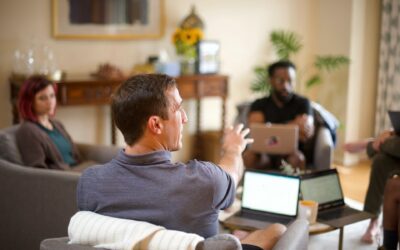 8 Companies that Switched to Remote and Hybrid Workforces